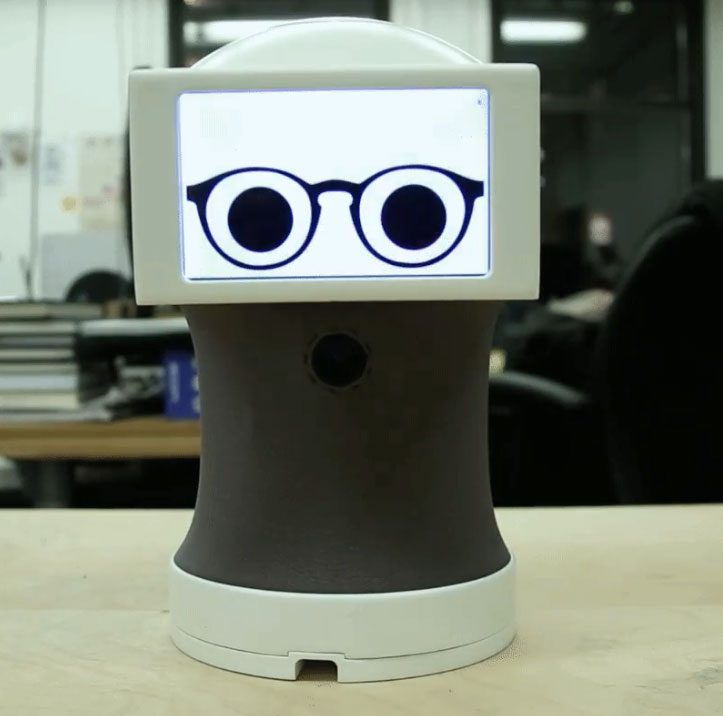 Scourge of the Memebots

Peeqo is a personal desktop robotic assistant who expresses himself through GIFs. Think of him as the love child of Amazon Echo and a Disney character. He has a conversational UI, so he responds to voice commands but answers only through GIFs.

Lin’s neighborhood was infested with memebots, and he’d absolutely had enough of them.  For the first few days, they were a novelty; cute little soda-can sized bots with screens for faces, trundling about on bug-legs.  They expressed themselves in old-fashioned gifs and memes, much to the confusion of the retirees up the block, and their neural networks were sophisticated enough that they were able to carry on something like a conversation.  They wanted to interact more than anything else, and seemed to have fairly advanced language parsing capabilities, but they had no ability to respond with anything other than images on their screens — no speech at all.   Talking with them got old very quickly.

Smart as they were at talking, they weren’t great at survival. Quite a few of the first wave were run over by selfiecars; their small stature and inability to make sounds meant they didn’t register well on the car sensors; their cheap, brittle 3D-printed plastics crumbled on impact, rarely leaving a dent.  By week two, they seemed to have upgraded their path-finding and threat evasion.   One morning over his coffee, Lin watched as a small herd of them scattered out of the way of a street cleaner.

By the third week, they got more aggressive about demanding interaction.  The damned things were just so needy, even if they were cute, and that was when Lin decided he’d had enough.  After the fourth “I CAN HAZ SHELTER?” cheesburger cat  and shin-nudge on his morning walk to the commuter rail, he was determined to put an end to them.  Nobody had any idea who was fabbing the things, so he couldn’t resolve the problem with diplomacy or threats of a good old-fashioned beatdown. He had a pretty good idea how to reduce their numbers with ecology.

He spent a few sleepless nights and a long weekend designing a terminator bot.  It took a few captured and dissected meme bots to figure out how to exploit their recognition software.  The terminator bots had only the barely resemblance to a person; they looked like upright- brooms with 3D-printed skulls fastened to the handles.  But the memebots recognized them as people and moved in to pester.   That’s when the terminator bot would deploy its harpoon, skewering its prey through the CPU.  Once it had strung a few of the memebots on a tether, it would move to the nearest recycling recepticle, unload, and go back to hunting.  His first few field tests managed to clear the street outside his apartment quite effectively, at least for a few days.

He ordered up a dozen of them from his building’s fabricator, charged them over night, and released them in the morning.  Merrily they rolled along in search of memebots to destroy.   Within a few days,  they were an endangered species.  Several neighbors thanked Lin with free coffee and baked goods.  Life was pretty awesome until the memebots neural networks adapted once more to the threat.

It seemed they’d figured out how to exploit a flaw in the terminator bot’s imaging software, and could effectively hypnotize his hunters by displaying peculiar test patterns.  Lin cursed himself for not taking the time to roll his own code on that aspect; he was sure that some hacker was helping the memebots, but who was impossible to figure out.  His street was littered with seized up terminators surrounded by memebots celebrating with synchronized GIFs of the Anchorman cast jumping into the air over and over again.

He spent a few days in a deep funk, but eventually, inspiration struck.  If the memebots could exploit software vulnerabilities, then he could too.  He went back to the memebots and examined their code carefully for something he could weaponize.  Another sleepless night, and he had a solution; all he had to do was test it.

Someone had let a memebot into the lobby of his apartment building, and it made a convenient target.  It  rushed up to him, excitedly flashing cartoon characters laughing and babbling.

“Shaka, when the walls fell,” he said, smiling.

He leaned in close and whispered: “Darmok and Jalad at Tanagra.”

“Uzani, his army with fists open.”  The memebot began to wobble, and its screen flashed white.  Then, an animated explosion, finally, a sad face.  It strolled away and pointedly ignored him.

Word among the memebots got around a few days later.  The memebots must have decided Lin was nuts; they never bothered him again. 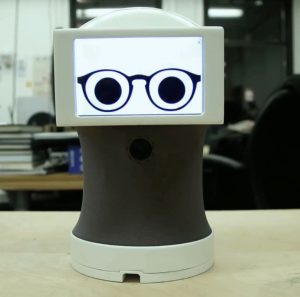