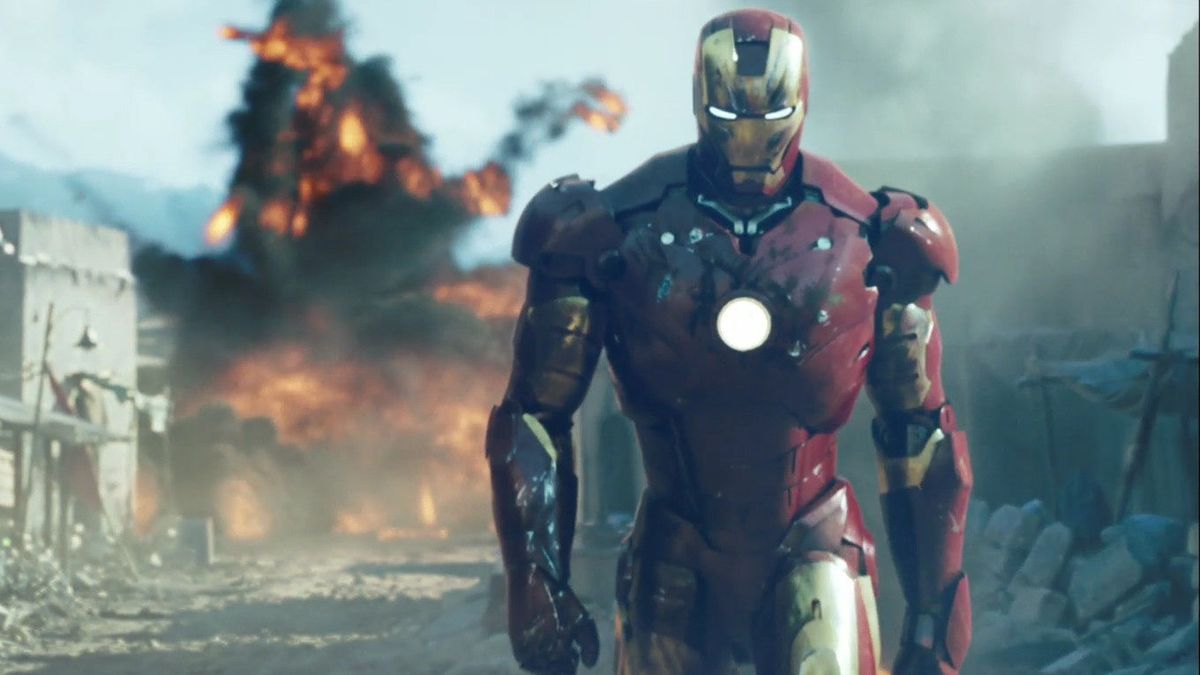 Deepfakes Will Destroy Our Society, but Let’s Talk About the Marvel Cinematic Universe’s Foundations Instead

Last night, I felt a hankering to watch the original Iron Man movie, and because this is the era of instant gratification, once we’d finished dinner, coaxed the little dude to sleep, and shut down business operations for the night, we settled in for a viewing via Amazon Prime. Okay, so as instant as it gets when you’re parents, but we did eventually watch it and I think the wife only fell asleep a couple of times.

The reason it was on my mind was because I was browsing the deepfakes gifs subreddit and for some reason, someone had taken a bunch of scenes from that movie and mapped Elon Musk’s face onto Robert Downey Jr’s.  It wasn’t a particularly believable deepfake, unlike some of the ones with Nick Cage’s face (I’ll never understand Reddit’s fixation with Cage).  We’re 3-4 years away from being able to recast any movie with any person utilizing neural network-based software and a boatload of photographic reference.   The deepfakes phenomenon started out primarily being used for incredibly creepy porn, but the technology will likely see numerous uses we haven’t predicted, especially given just about anybody can set up and train one with a little effort.  The implications for journalism are particularly worrisome, especially when combined with the level of voice synthesis tech that’s been circulating.  Talk about “fake news”… but that’s a much more depressing post. My dive into deepfakes got me thinking once more about the MCU’s beginnings. Let’s fiddle for a while and ignore all that smoke, shall we?

The thing that stood out for me, watching Iron Man ten years after it was released (yes, seriously) was how rock solid the foundations of the MCU were from the very start.  We had Agent Couslon threaded throughout the film, although given what we’ve seen since, I’m not entirely sure what SHIELD was so interested in about a man who builds a crappy robot suit to escape some terrorists.  Currently, SHIELD is dealing with genuine super-powered weirdos most of the time (when they’re not having lackluster time travel plot-lines), so it seems a bit odd that they’d take any interest at all in Stark, given that he’d already been building high tech weapons for 30 years.  Still, it set up the Avengers Initiative post-credits sting and everything to follow. Sure, the movie suffers from the same flaw nearly every other Marvel movie has, which is a weak and perfunctory third act featuring a CGI-laden slug-fest in which the realistic characters devolve into video game avatars, but nobody’s perfect. The aesthetic was there, as was the kinda weak and bland musical score, and RDjr was firing on all cylinders.  It’s easy to forget that at the time, he was coming back from being the punchline of a Simpsons joke.  I admire the guy for turning his life around.  Hundreds of millions of dollars in DisneyCash probably didn’t hurt the efforts, and from what I’ve read, his wife should take a lot of credit for his turn-around as well.

As far as the MCU in general, it’s impressive, the sheer work that must have gone into planning things early on.  If there’s one thing that Marvel has brought to the cinema that didn’t exist before, it’s been long term strategic thinking across multiple movies and sub-franchises.  The phase-planning isn’t something we ever saw before.  Hollywood sequels never used to be released on a time table you could count on, but Marvel (and now Disney) has a cinematic factory churning out these things.   It’s impressive, and I wonder how similar it is to the studio system of the golden age of Hollywood, or if that was an inspiration? All of this, they had down pretty much from the start with Iron Man. Perhaps some of the Hulk movies were false starts to this plan.

I’m now looking forward to seeing Black Panther even more (parent life means almost never seeing movies on opening weekend anymore).  If any movie in the MCU can be directly compared to it to see how far the franchise has come, or hasn’t, it will be Iron Man.  It’s been a while since we’ve seen a solo hero launch.  Even Ant Man field like it had been planned as a team movie but at the last second they pulled back on script and sidelined Wasp.

Come on, DisMarvelLucas.  Give us the all-female team up that you know will break box office records. 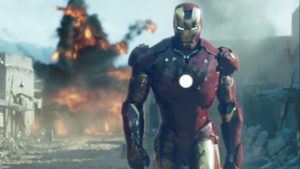 One Response to “Deepfakes Will Destroy Our Society, but Let’s Talk About the Marvel Cinematic Universe’s Foundations Instead”