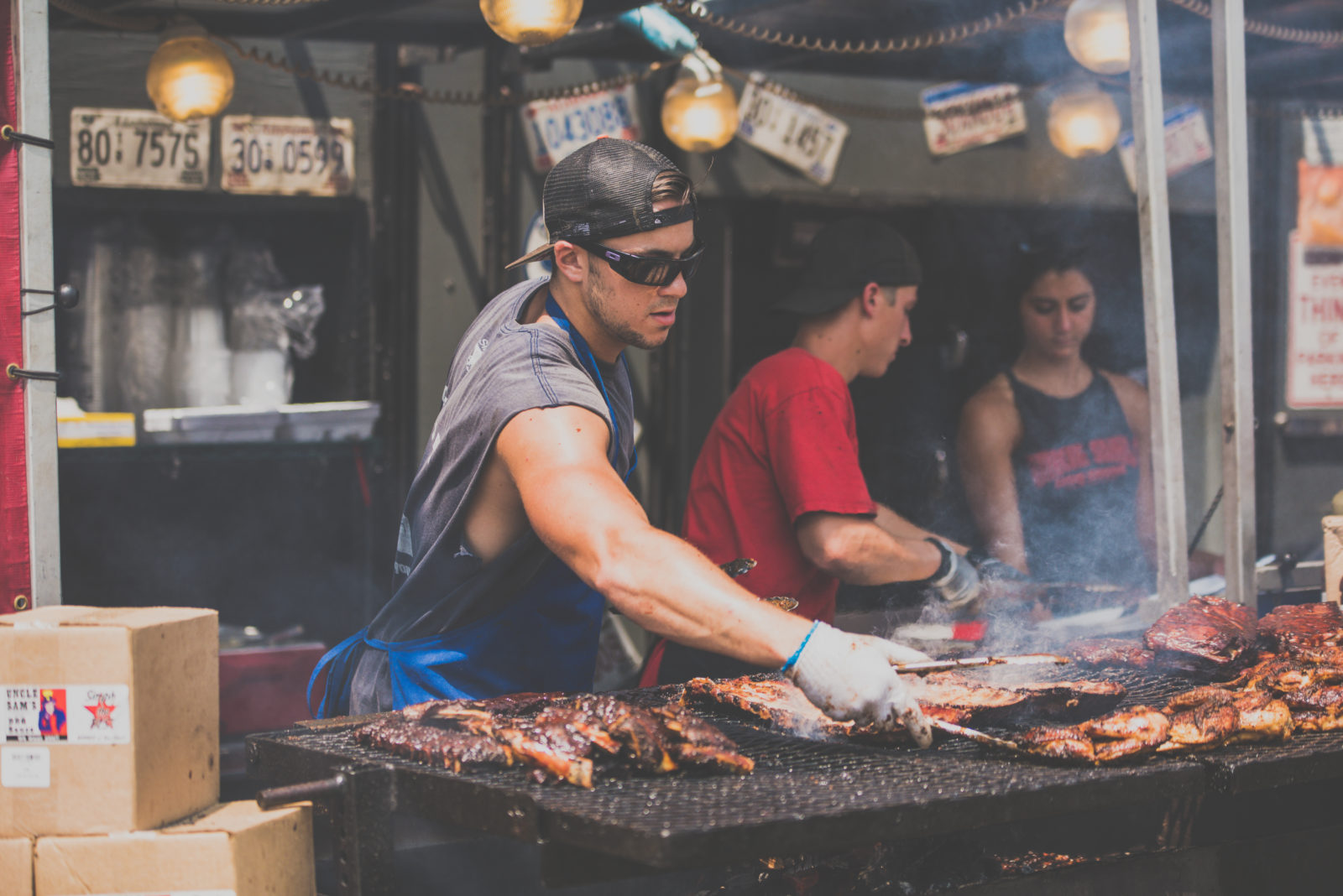 The Sunday Shift : Serving Up Great Chicken With a Side Helping of Ass Kickin’

While getting ready to tackle my day this morning, I came up with a TV show or comic book series pitch. It’s called : SUNDAY SHIFT.  The proper names are mostly placeholders right now, but the general basic concept was too much fun not to share.

JAMES HERO (JIMMY) is your typical disaffected 19 year old dork; he loves playing video games and looking for love, and mostly he’d rather be doing either of those things than working his day job for the pious fast food chain, WWCD (Winner Winner Chicken Dinner). WWCD is known to all for making pretty tasty chicken, but their reputation as a company owned by self-righteous Christians drives Jimmy to lie to his friends about where he works. Still, he’s a hard worker with a mysterious family history, perhaps even a legacy.  His commitment to a job done well catches the eye of his manager, MACE SOLOMON. Mace looks less like a fast food manager and more like a grizzled war veteran, and speaks very cryptically in strange, half-mangled aphorisms.   He’s missing a hand, which everyone says is due to a fryer accident at his last job.

One day after a particularly painful failure of an attempt to ask out the cute girl next door right after learning that he’s at risk of flunking out of college, Jimmy stops by to pick up his next week’s work schedule. To his confusion, he learns he’s been scheduled to work the Sunday shift… only everybody knows WWCD is closed on Sundays.

Mace tells Jimmy to show up at 11:59 PM on Saturday night, and not a minute later, claiming that they take the night to clean the store from top to bottom.

When Jimmy shows up to work his first late shift, he learns that not all is as it appears at WWCD. At the stroke of midnight, a gong sound rings out, and Mace rips off his fast food uniform to reveal tactical body armor. Hidden panels spring open to reveal weapons where there should be condiments. And a horde of demon-possessed zombie people fill the parking lot, screaming for Mace and Jimmy’s blood.

The entire building is weaponized and trapped.  Playground equipment emits jets of flame to roast baddies.  Straw dispensers turn into mini machine guns firing weaponized tubes of plastic at the horde.  Mace tosses Jimmy a shotgun and tells him that his only job now to protect the walk-in freezer with his life.

At one point, Jimmy’s cute girl neighbor nearly rips his head off, before Mace blows her away. “You killed a girl I kind of think I love!” “Don’t worry about it! She’ll get better!” Or patter to that effect.

Together, they fight off the waves of evil until, as the first slivers of dawn sunlight creep over horizon, the horde become normal people again, the dead rising as if never wounded, and they confusedly wander home, wondering what they drank last night.

Mace takes Jimmy for a diner breakfast where he explains the true nature and reason for WWCD. The founders of the company aren’t fundamentalist Christians. They’re actually an ancient order of druids, responsible for protecting the sacred places of power all across the United States and the world.  WWCD is a front that alllows them to buy up property and build defensive structures on these locations to protect them from the attacking forces of evil.

Sunday being the day that the Gods rest throughout many religions, this is the day that evil strikes.  So WWCD are closed on Sunday to the public so that they can do their “real” job which is fighting the evil.  That doesn’t mean that evil rests during the rest of the week… Mace and Jimmy have to keep a careful eye on things, as evil resorts to sneakier ways the rest of the week.

Mace has been there since the beginning, but he’s getting old, and he lost a previous WWCD to evil forces, which is now a Burger Hut (the evil forces operate their own fast food cover chain too).  He’s not got much longer in this game before they finally take him down, so he’s decided to train Jimmy to be his assistant manager.  Together, they will take down the evil across town at the Burger Hut and he will pass the torch to Jimmy.

Jimmy’s going to need help if he’s going to make it as the new assistant manager, so his first job will be to recruit co-workers to help him on the SUNDAY SHIFT.  How will he balance his school life, love life, pretend work life, and defender of the world life?  He’ll be terrible at it, and it will be hilarious to watch. 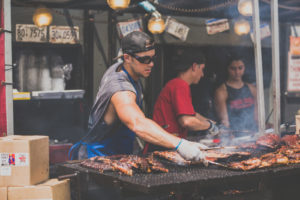 One Response to “The Sunday Shift : Serving Up Great Chicken With a Side Helping of Ass Kickin’”