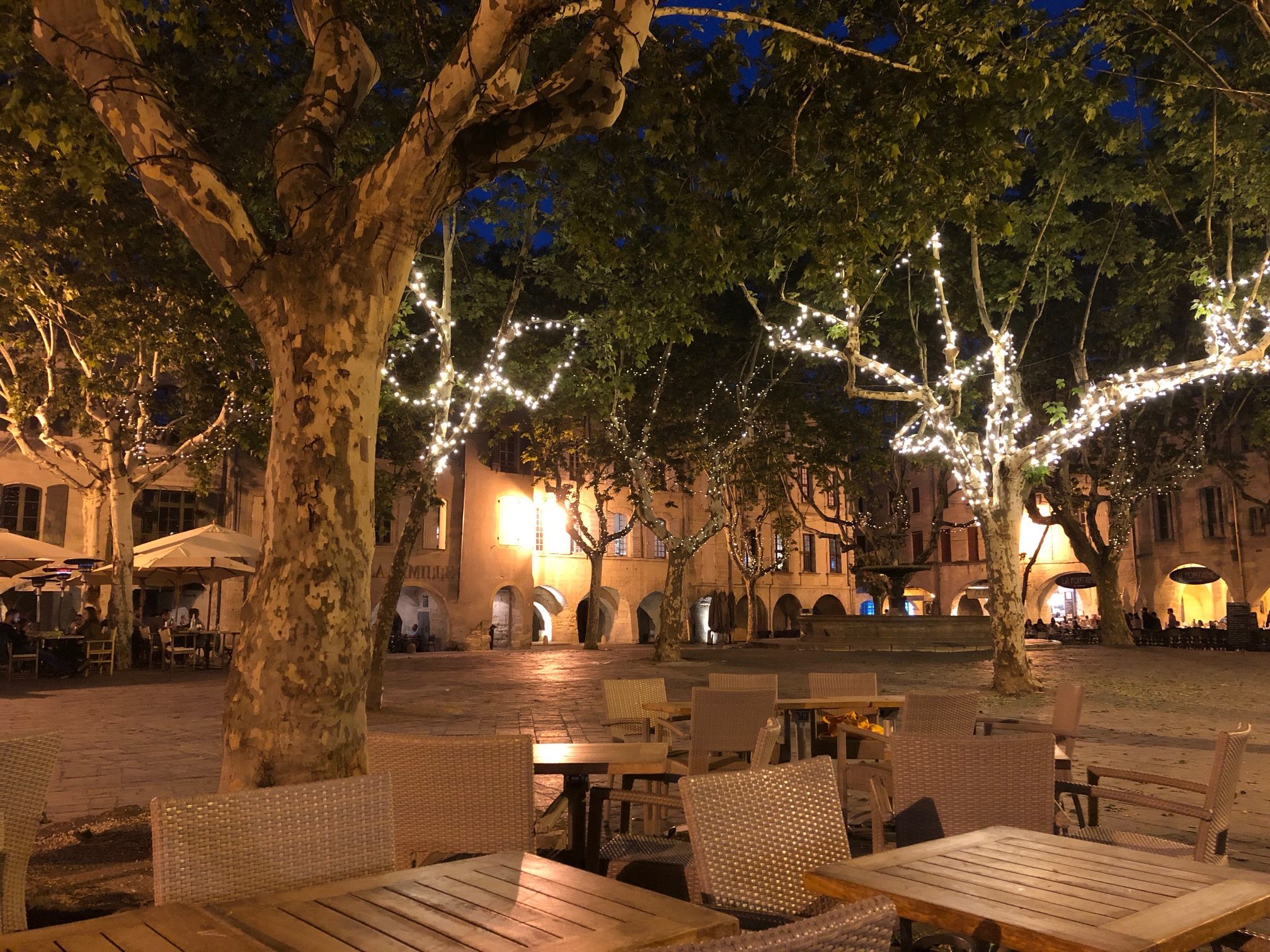 Travel from the United States to a place like Uzès is not exactly easy.  We Midwesterners are used to traveling long distances to get to anywhere interesting, but I’ve noticed that especially for people not from the U.S., the distances and travel times don’t sink in until I walk you through them. Let me give you the nuts and bolts:

If you’re me, and you can’t sleep sitting up, this means you stay awake for a very long time (about 32 hours for me).  No big deal though when France is your destination! We pulled into town at about 7 PM on Thursday, after having been awake since 7 AM Kansas time the previous day. I was feeling the exhaustion, but my plan for dealing with jet lag on the first day was to roll on up to bed time local time, take my meds, and then crash.  So far, that seems to have worked.

After getting a lovely tour of our AirBnB from the owner, Pierre, we unpacked a bit and then headed out down the cobblestone streets looking for something to eat. We settled into a little pizza parlor on the place aux herbs.  We had a platter of meat and cheese, pickles, and various other finger foods, some wine, and for our main course, a couple of wood-fired oven pizzas that were delicious.  Uzés is positioned such that it has many different regional influences on its cuisine, and I don’t think these pizzas would have been out of place in Italy.

Within minutes of sitting down, a local boy a couple of tables over had roped Matty into sword fighting with him using a pair of plastic swords.  As the sun set and the fairy lights came on in the Sycamore trees around the plaza, the pair, who didn’t share more than a couple of words, darted around the large stone fountain and dueled.  We spoke with their parents briefly, who were very kind and welcoming and encouraging of their play.  We couldn’t have asked for a better welcome for our family in Uzès.  So far, everyone is incredibly kind, friendly, and welcoming.

By 10 PM, we headed to bed, and as far as I can tell, we all got a good night’s sleep on the local schedule. It’s now early morning of day one. We plan to stock up on a little groceries, unpack some more, and generally decompress. I expect a nap in my future after lunch. 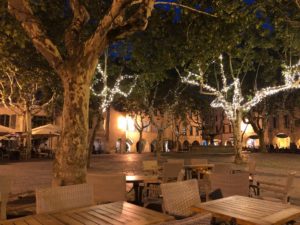