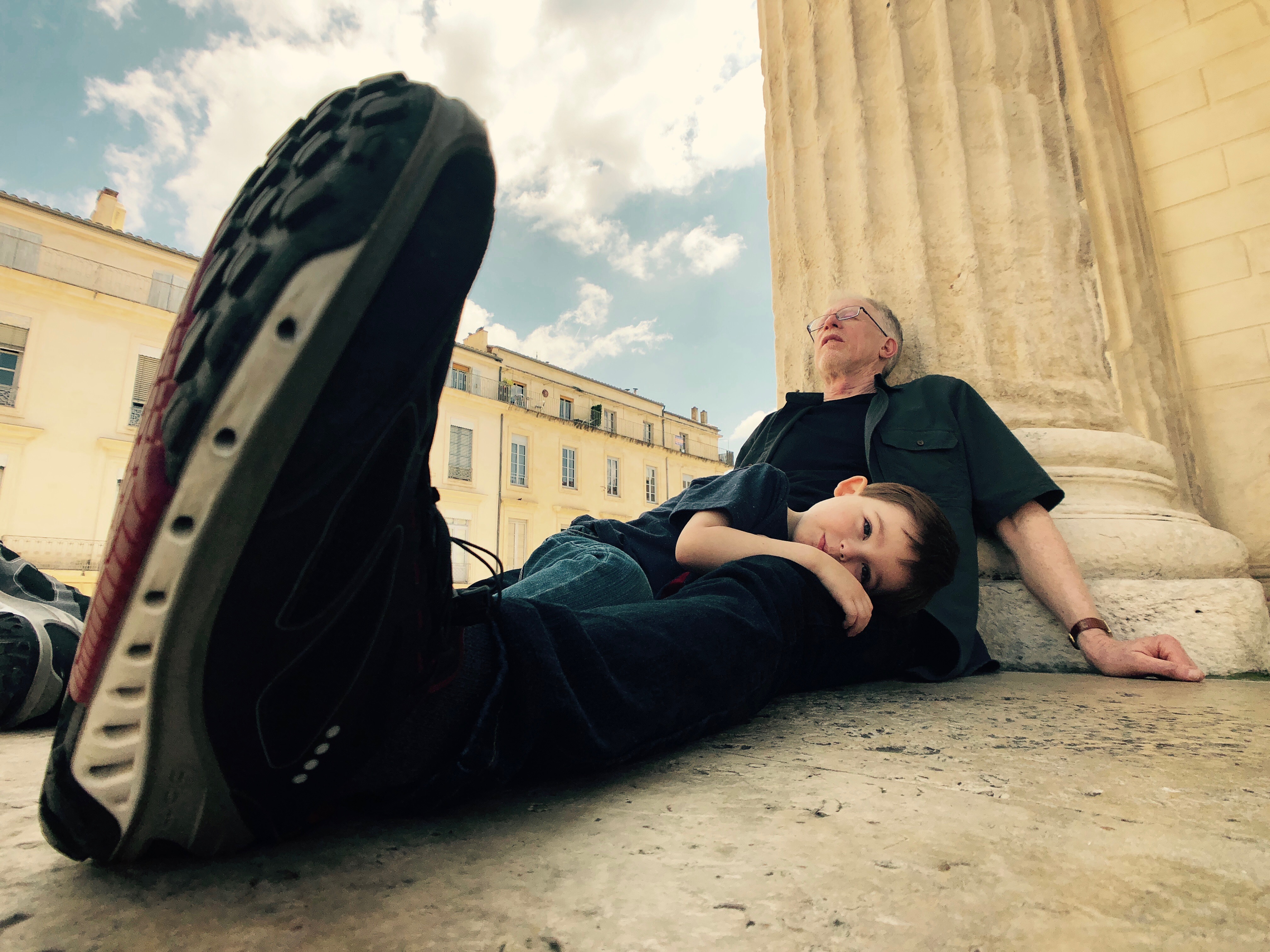 Today was what we call a rest day – a day meant to allow us to recover from more extended outings like yesterday’s trip to the Pont du Gard where we focus mostly on in-town activities. I think it helps us not lose our minds navigating the French roads and it also allows the pre-schooler to recover from missing his naps. He’s on the verge of not needing them, but boy can we tell when he doesn’t get one.

We got a late start to the morning, heading up to the Saturday market around ten AM.  This was much later than our previous trips to the market, and we could tell just by the packed crowds. I would love to take some pictures of the stalls for you, but to do so would inconvenience people doing their shopping, and there’s nothing that sends me into a spiral of anxiety like inconveniencing people who don’t speak English.  Navigating the tightly packed stalls selling everything from fresh olives and tapanades to giant wheels of cheese to fresh duck meat with a group of four adults and one little one was nigh-impossible.  Eventually, I took some of the items on the shopping list and went off to collect them on my own. I just can’t seem to handle the anxiety of feeling responsible for four other bodies in such tight quarters.  We gathered up all we wanted and more (I don’t know how we’re going to eat all this cheese in time), and that allowed Sarah and I to wander back on our own while the little one played on his iPad with his grandparents.  I picked up a couple of French comics that looked interesting and yet more cheese (…so I think I have a problem).  Sarah bought some breakfast radishes. My muddled french gets me through basic transactions pretty well most of the time, and when they don’t speak English, Sarah is typically there to save the day.  This trip is a lot of work on her language skills, but I don’t know how we would do it without her, honestly.

With the shopping done, I settled in to get some work done on Ye Olde Laptop.  I’m working on my annual update to my base WordPress theme code.  I’m finally breaking things out into a core functionality plugin (I know, I know) and adding some new flexibility I’ve wanted for a while.  Along the way, I’m testing the new Gutenberg editor with the other tools that are needed for the complex sorts of back-end coding I use to build things like customized book pages.  So far, its awful and I hate Gutenberg. I hope they fix a lot of things about it before foisting it on us.  To my clients, I don’t recommend testing Gutenberg just yet. It’s still got a long ways to go before it’s ready for your sites.  But when it is ready, I’ll hopefully be much closer to being ready to develop custom blocks and such for it.

My code refresh is coming along slowly–I’m not sure that I’ll actually finish things completely before we go home. That’s probably okay. Maybe I’ll take things slow in June while I finish it up and get re-adjusted to Central time.  I really need to start earning money pretty quickly, though.  I wish there were about 50% more working hours in any given day, I swear.

As far as blunders, it took us until nine days to completely fluster a wait person at a restaurant.  Really, we should be proud, but the entire time I wanted to crawl under a rock. This was a pretty complex blunder, actually, so it took us some time to figure out what went wrong. There’s a nice pizza place a couple of blocks away.  We know it’s nice because we picked up a couple of pizzas from there as takeaway a few days ago. This is wood-fired oven, high quality pizza, very Italian style.  The two pizzas were more than enough for us. The problem came when we attempted to dine in and order roughly the same number of items.

The waitress tried in her English and then in French to explain that two pizzas was not enough food for five of us.  We tried to explain that we’d ordered take away and it had been fine.  Eventually, she went ahead and put in the order, but seemed pretty frustrated and annoyed by us.  Maybe not as much as we felt, but we apologized every time she came back, and I just wanted to run away and hide.

Sure enough, when the pizzas came, they were a bit smaller than the takeaway ones had been, or at least they seemed to be to me.  We tried to make up for things by ordering a lot of very tasty dessert. Still, I think they were happy to see us go. And it was a relief for us to get out of there.

Sarah felt especially bad because her French is the best of all of ours, but I think what we probably should have done was, when it was pointed out that we’d under-ordered, was went ahead and ordered a pizza for each person, as that seemed to be expected. These are the kind of stupid, low key social mistakes that haunt me for years for some dumb reason. I’ll probably have unpleasant dreams about it years from now, like those dreams in which you show up naked for a college final for a class you never knew you were signed up for.

Tomorrow will likely be another rest day – perhaps a visit to the local candy factory / museum in the afternoon, but otherwise, we’ll soak in some French life around the rental (and I think everyone is going to go to Mass except for me). Right now, it’s raining, the bells are ringing, and even the smell of the rain is different enough to remind me that I’m not in Kansas. Hopefully tomorrow we’ll make fewer faux pas.  And if not? C’est la vie. 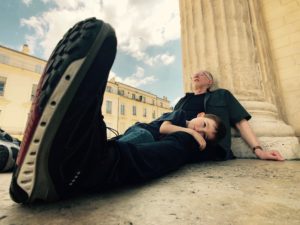