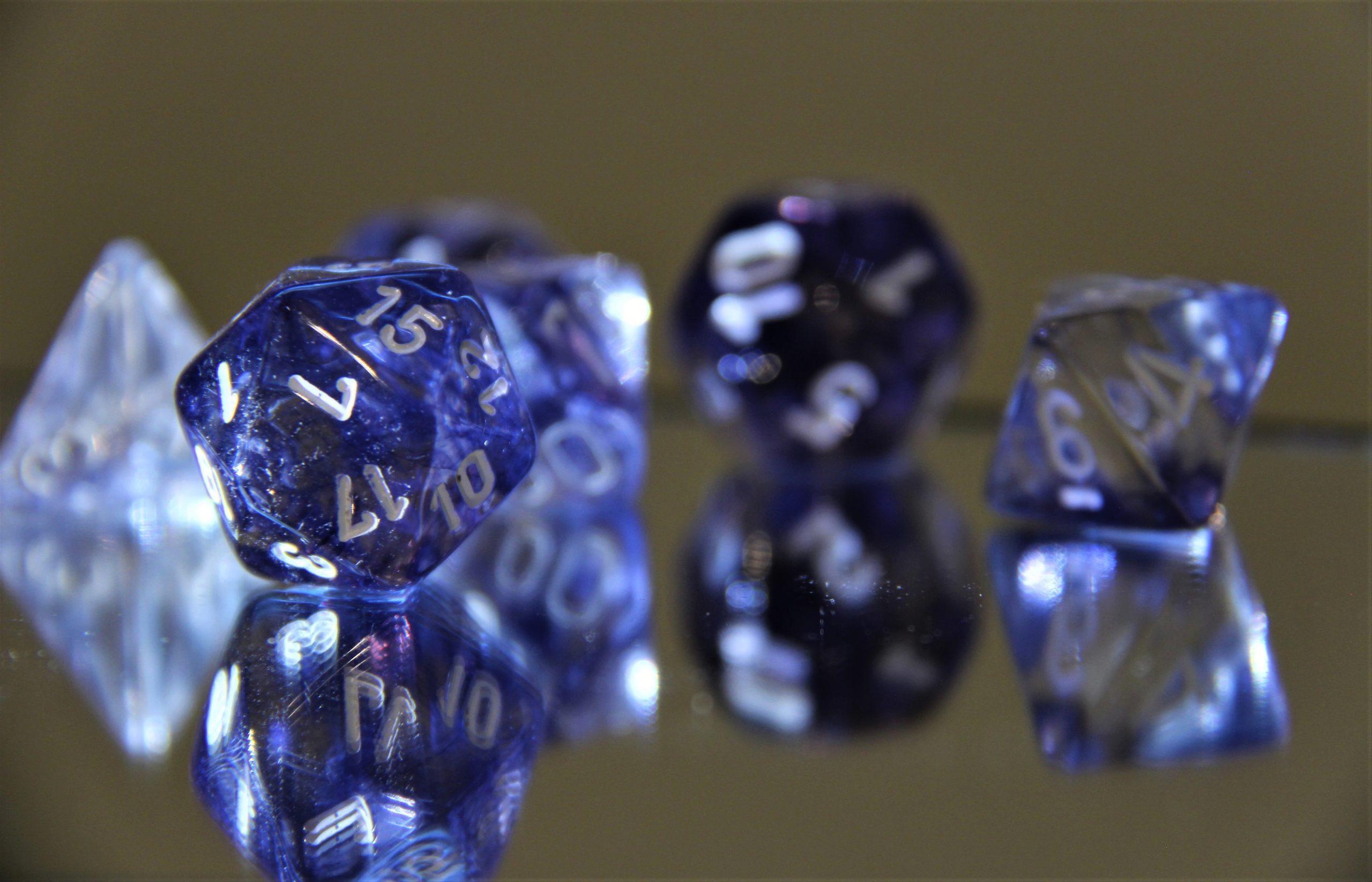 One major aspect of my life that I neglected to mention in my round-up for the last year/decade was how much time I now spend playing role-playing games with my friends.

Since my neighbor taught me to play basic Dungeons & Dragons in first grade, I’ve been hooked on RPGs. Here and there in my life, I’ve gone long stretches without playing, and truthfully, I never felt completely myself in those periods. I got a lot of writing done, but writing fiction never quite satisfied me like Dungeon Mastering a great game with great people. It’s like writing, but with immediate feedback! It’s impossible to beat telling thrilling stories with great friends, and recently, I found my way back into the hobby in a big way.

(Quick aside – I’m not mentioning the names of my fifteen players to protect their privacy, but they should all know that I love them very much and enjoy torturing them monthly).

Two years ago, I launched my first online D&D game via the Roll20 service and video conferencing software (we currently use Whereby.com for that and it works mostly well). I recruited fellow fathers who I thought would understand the trials and tribulations of having kids muck up your schedule. I figured scheduling would be difficult, as it’s always been the biggest challenge with in-person tabletop games. As it turns out, if you start your games in the evenings and nobody has to leave their home, scheduling is much easier! Our “Tomb of Dads” group (so called because we started with the Tomb of Annihilation adventure) is well into our second campaign now. This new campaign is based on ideas I developed from our trip to France in 2018, and involves a fallen, forgotten empire in ruins and a new, strong Catholic-like church/empire.

With that group going so well, I thought hey, I want to get another group going, and it’d be a good idea if it wasn’t a total sausage fest. For that one, I pulled together a group of friends from college, including my wife and another female classmate. We recently wrapped up that first campaign about stopping a planes-eating giant machine and have been playing some one-shots in Tales From the Loop while we think about what campaign we want to play next. We’re absolutely adoring Tales as a great 80s-themed “kids on bikes” style game with weird high tech mysteries, all based on and inspired by the fantastic artwork of Simon Stålenhag. Simon is one of my favorite artists working today.

In 2019, I started a third group, with this one made up mostly of friends from the writing community. We decided to play the Dragon Heist module, and it has provided the ongoing framework for an campaign now that we’ve completed it. That crew takes owning the Trollskull Tavern very seriously and so far, all of their adventures seem to revolve around the tavern and tavern-related activities.

Each group is very different from the others in terms of personalities and play styles, so I really get to stretch my planning and plotting skills for them. Some take the “game” part more seriously, and some take the “role-play” part more seriously. I’m always looking forward to each session, and having so many means I can experiment with various ideas about how I can improve my GMing skills.

In between games, I experiment with new characters voices, new narrative techniques, and I’ve started tinkering with the rules to try to get the game more the way I want it to play. One change for me is that I’ve learned to let go of worrying about “game balance” and to feel comfortable in my own ability to work around whatever weird thing the players want to play. If the PCs want powerful characters, they have powerful enemies. No big deal, really. I used to worry about throwing off game balance all the time, but I’ve grown a lot more confident with so many opportunities to play. I used to be a “No” DM, but now I see myself more of a “Yes, and” DM.

Finally, late in the year, this Forever-DM got the opportunity to play in a regular game of Invisible Sun with a bunch of the Monte Cook Games folks in Kansas City. It’s refreshing to get to play again, and I love observing other GMs so I can steal their ideas for how to run a great game. I should probably look for more opportunities to play so I can continue to get more ideas for growth!

As far as feelings of contentment go, I think all this game time has contributed to my feelings of a full, rich life. I look forward to a lot more of it in 2020, and I’ll probably be blogging regularly as I work out my thoughts about how to keep improving my skills in this area. It’s a hobby, but one that I really enjoy being somewhat good at. Later, I will also blog about all my 3D printing efforts aimed at building a really lush tabletop experience.

So what about you? Are you getting to roll those bones regularly? Let’s hear about it in the comments. 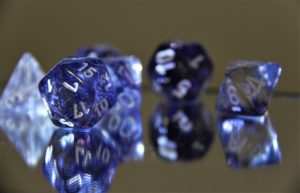