More Gobbos. You Never Have Enough

Miniatures 32-36 – I painted them in a rush last night, trying to get ahead again. I find I don’t like doing anything a little bit each day; I prefer to batch in a couple of hours I guess. I really love these sculpts, but they’re entirely too much work to paint. So many straps and stuff, some of which I didn’t even bother with, as you might see.

I am not sure I like this skin tone color on them. Too late now, but will probably try other colors in the future. 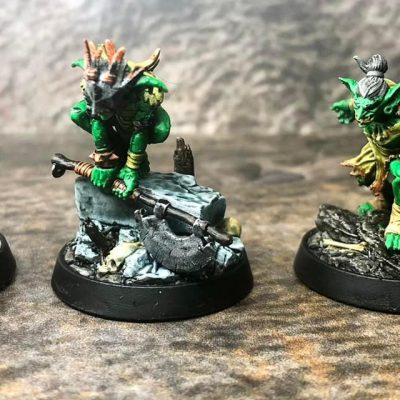 Yep, I’m still painting miniatures. I’m a week ahead of the game, even.

Miniatures 26,27,28 – ooze wizard, sorcerer, and fighter. Miniature 29 – a very jolly mummer with a giant hammer and even giant-er mustache. Miniature 30 – another sculpt of a very cool dwarf fighter. Miniature 31 – a very scary man in full plate. Miniature 32 – a simple city guard archer. Not in the exact order below because WordPress’s gallery block is weird. 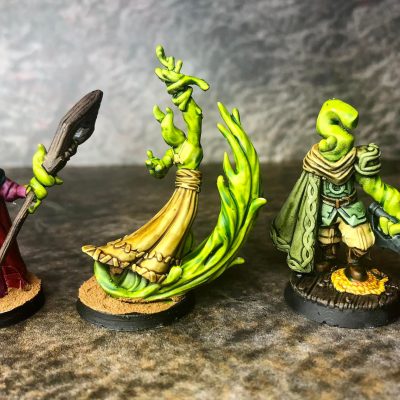 It’s a short one today. My life is so consumed by Open Gaming License fallout and such that I have been swamped these past few days. I’m rapidly running out of steam and desperately in need of the weekend. Stay tuned to the end of the post for a few miniatures too.

So I’ve been reading Lies of Locke Lamora by Scott Lynch and it’s really hitting the spot. Reading it for 30 minutes at a time even has been giving me the satisfaction of a particularly well-cooked meal does, and it suddenly hit me. All of these months without reading real written material crafted with a purpose other than to get clicks has been starving my brain.

I am being a bit hyperbolic, but I think there’s something to this comparison, something in the nature of internet content in 2023 and the way we consume it that is thin fucking gruel. It’s addictive though, and so we scoop it up. It’s low effort, so we can do it for hours and hours. But increasingly, I am convinced that most of it is not only not beneficial, but is actually harmful to our ability to think clearly.

I’ve had to dip back into Twitter lately to get work related news and I find the site so repugnant that I find myself subconsciously holding my breath while I scan the feeds. I dip back out as quickly as I can. It’s amazing how only a few weeks away can make something you previously felt was essential seem completely toxic.

So at least in that sense, my 2023 is going better than my 2022. I’m on book number four of the year and showing no signs of slowing down. I feel sharper, and I’m noticing that my writing skills here are improving already. I do have some bad habits to fix, like starting new paragraphs with the word “so.”

If I have any advice to you, my six readers, it’s give up on social media and read a book. Jesus, that’s boring advice. But it is what it is.

Here are the four miniatures I painted last night – #14 to #17. I am particularly proud of the wet-blending I did on the axe. I’ve never tried that type of gradient transition before, but now I’ll probably be looking for places to do it all over because it’s sexy as hell. 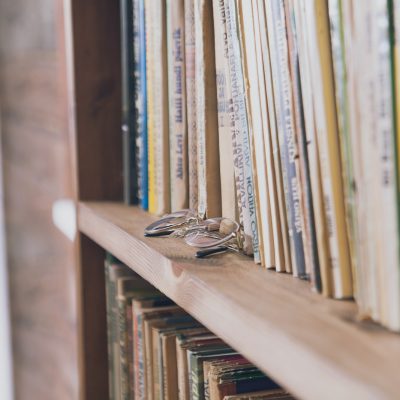 I’m trying not to rely exclusively on my miniature painting for a source of blogging fodder, but at the same time, there are some days where the only noteworthy thing I do is paint a couple of miniatures before bed. Note, I just typed “dead” instead of bed. I may be a bit tired by this point in the week. I really need to get a new gym membership. If only I could persuade myself that a gym membership isn’t just a way to pay to get COVID again.

Anyway, here are a couple of miniatures, bringing my total up to 13. The number of gnomes present is a total coincidence.

I didn’t paint any last night – it was my night off from family responsibilities so I headed out to the office and binged The Rig on Amazon Prime. It was super mediocre. I started out focused, because I liked a lot of the actors, but by the mid to late episodes, I was more playing a video game called Dinkum and not paying much attention.

I tried to do this with Copenhagen Cowboy but the subtitles meant I will have to watch that one with my full attention. I’ve heard mixed reviews, but I have liked some of the director’s films.

In general, my attention span is terrible right now. Work events have me distracted and anxious. See previous posts about all that. We’re alive and perhaps even thriving though, so there’s a lot to be thankful for.

We’ve started tentatively planning a family vacation over spring break to Disney World. I knew it would be expensive, but I’m shocked at just how much. My kid is lucky we love him, because if I had my way, we’d go to Costa Rica or Puerto Rico instead of cursed Florida. The things we do for our children, huh? So I guess we’ll go there in March. We’ll confirm that and make reservations once our taxes are back and we know we have no nasty surprises.

Until next time, be kind to yourself and get lots of rest. Enough for both of us, okay? 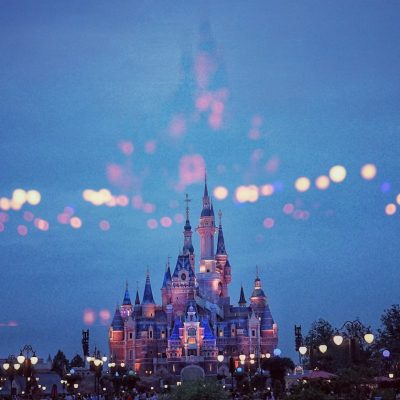 What is Frostgrave, Anyway?

I’ve been talking a lot about Frostgrave in my posts, but I haven’t really done any work to explain what that is. Time to fix that!

Frostgrave is a campaign-based, miniatures-agnostic skirmish wargame. Each player control a wizard, their apprentice, and around eight other mooks as they delve into a frozen city, attempting to recover magical treasures and hold off deadly monsters. Miniatures-agnostic means it’s not like a Games Workshop game where you have to buy official miniatures. You can play with pretty much whatever you want. And campaign-based, meaning your wizards gain loot and experience and change from game to game.

For the past several years, I’ve been 3D printing and painting miniatures and terrain to get a group of folks interested in playing.

It’s been something I’ve had an interest in since the early days of the pandemic, but thanks to the pandemic, it took until this past year for me to really get going on organizing and playing. I’ve been running a table of it every Saturday at our FLGS Gamenut (Friendly Local Game Store), for three or four months. Time is a blur these days. Things started out with just me and my friend Gene going head to head, but today, we had five people playing –the most we’ve managed so far, and we have a couple more people who have played in the past or are interested. Growth has been really good, and I’m very happy with turnout lately.

Gene, who also owns Gamenut, has pointed out that the trick to building a play group for these niche games is having one really dedicated person, and in the case of Frostgrave, that has been me. It’s gratifying to me to grow something like this and share my love of the hobby with others. I hope we keep it going and growing because there are all sorts of cool supplements and scenarios I want to play in the future.

Otherwise, not much going on for me today. Yesterday, I finished the first Murderbot novella, All Systems Red, and enjoyed that. I have picked up Lies of Locke Lamora as my next read. I’ve heard so many good things about it over the years, so it’s time to give it a try. After dinner, I painted these two idiots who will die with honor (or not) in Frostgrave games in the future. 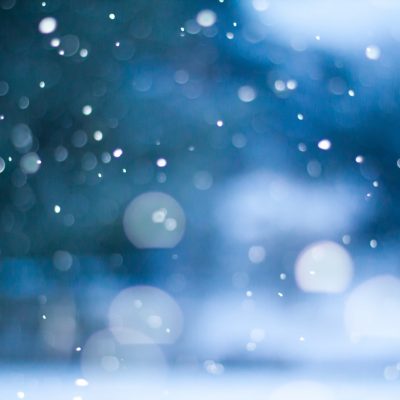 I start each week determined to wake up early and attack my day, and each day I wake up a little later and a little later. Especially in winter. I think my body finds it easiest to wake up with the sun, and getting up while it is still somewhat dark is particularly difficult for me. On cloudy days, I can accidentally sleep in an hour or two. If they ever give humans the ability to hibernate through winter, sign me up. Until then, I’ll be groggy and poorly composed for the first hour or two of every day. I really should take up drinking coffee. I am pretty lucky not to have to sleep with an alarm. Freelancer life!

Last night (when I wasn’t tired, how’s that for a segue?) I managed to paint a couple of goblins after Matty went to bed. Nothing too exciting or difficult here. My brush control continues to improve, which feels pretty good.

I started a new book yesterday after painting these guys. I found a copy of Grady Hendrix’s Horrorstor on Libby, which appears to be about a haunted Ikea analogue. It’s about work also, which means it is right up my alley. I’m enjoying it so far. More when I finish it.