A New Story At Lightspeed: “The West Topeka Triangle”

My latest short story is live over on the Lightspeed Website today.  It’s a semi-autobiographical tale with a lot of painful childhood memories rolled up into a tale of the supernatural… or is it?

It’s something very different for me as a writer.  I’m very nervous about how it will be received.  Some of the early reviews haven’t been great, so I’ve lost some of the confidence I had in the story.  But it’s out there, and now each reader must judge it for themselves.  It’s no longer my story.  Now it belongs to everyone.

You can read the story here. 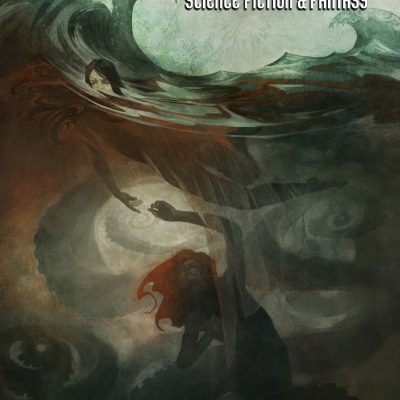 Futuristic Foods and Where to Find Them

I learned over the holiday weekend that my story “Taste the Singularity at the Food Truck Circus” made the Tangent Online recommended reading list.  It received two stars out of a possible three. My posting this news is not a tacit endorsement of Dave Truesdale or any of his behaviors.  Anyway, I’m proud of this story and its reception.  It came out during WorldCon in Kansas City and a lot of people mentioned enjoying it to me, which made me really happy.

Speaking of future food, io9 has an article today called “Eight Futuristic Foods You’ll Be Eating in 30 Years” which, see above, is a subject that holds considerable interest to me.  I think the list is kind of disappointing and arbitrary, but I do wish I had done more with bugs in my story.  I do there there’s interesting material there.   What about you?  Would you eat bugs or food made from processed bugs? I think this may be one case where the processed version is preferable to the natural form.

This next bit of news has absolutely nothing to do with food — I have a new story out today on Drabblecast called “Garen and the Hound.”  This story is another Garen the Undreaming story — the first appeared in last year’s Swords v. Cthulhu.  It’s a short short, an easy read or listen.  I’m hoping to write another, longer Garen story later this year.

Finally, a personal note from me to you.  I am glad that you survived 2016, and I wish you the best of luck in 2017.  I hope to have some interesting things for you to read in the coming days.  2017 is gonna be the year of the blog comeback. I’m calling it now. 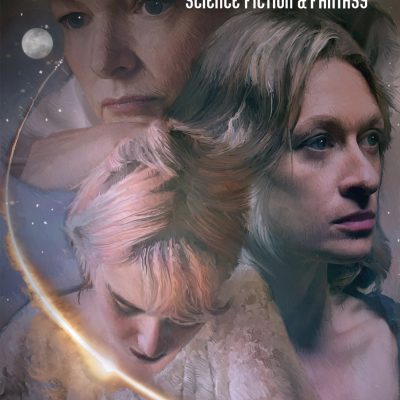 “The Cavern of the Screaming Eye” live on Lightspeed Magazine Today

My latest story, the first of the Dungeonspace sequence, is live today over at Lightspeed Magazine.  Give it a read or a listen, would you, and let me know what you think?

“Is that the collapsible, carbon fiber ten-foot pole from TrunchCo—” I slammed my locker door and spun the combo lock, but it was too late; the fanboy already seen my gear. I didn’t know what his interest was, but I didn’t want to encourage him. I said nothing.

He continued: “I’ve got the one from a couple of years ago that folds up. It sucks. I wish I had the new one.”

I stared at him over the rims of my glasses in my best glare. He didn’t flinch. 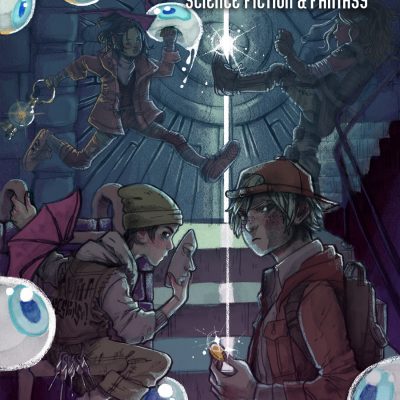 “Not by Wardrobe, Tornado, or Looking Glass” out in Lightspeed Magazine

My latest story is free for reading or listening today over at Lightspeed Magazine.  Here’s a small taste:

The silhouette of a centaur beckoned towards the gathering crowd from within the rabbit hole. In a melodious voice, she called out, “Richard! Come quickly. Without your aid, the Inkies destroy everything that is beautiful and good in our world!”

A middle-aged man in a gray business suit laughed and ran forward, the crowd begrudgingly parting before him. “Never fear,” he shouted, stepped through the hole, and pulled the door shut behind him. The lighting in the station returned to normal. The smell of flowers was replaced with the usual smell of stale urine, newsprint, and body odor. A train rumbled in the distance, perhaps soon to arrive, or perhaps not.

I first worked on this story over nine years ago.  The idea actually sprung from a character study posted on an early version of my blog.  It elicited some useful encouragement and feedback from my friends, so I tried to expand it into a full length story.  Tried, but failed.  A satisfying ending eluded me for years.

Last year, I was struggling for a new story idea that would hold my interest, so in an attempt to be productive, I looked through my files for something that could use a little tinkering.  I found this one, and I realized it still had some promise.  A few more drafts later, and I ended up with the version you see now.

What I learned here was that so long as a story still contains a spark, you should keep it around.    You might not be capable of writing the story you want  to write at this moment, but your future self may.   I have always wanted writing to happen faster than it does.  Some stories do spring out fully formed (you could call those Athenian stories).  But some require hammering on the anvil of Vulcan for years.  Maybe even decades.

Taking a longer term outlook is perhaps the prerogative of older people.  When I would young, I could barely see past the tip of my nose when it came to looking into the future.  Ironic, but not surprising, I guess.

Anyway, I hope you enjoy the story.  If you do, I hope you will subscribe to Lightspeed Magazine, which is a great source of stories every month.  I have two more stories with them coming soon, and I hope a few more still as I write them.

fiction, Lightspeed Magazine, Not by Wardrobe Tornado or Looking Glass