I have spent much of my adult life day-dreaming about visiting ancient Roman ruins.  In high school, while others were taking sensible languages like Spanish, French, or German, I took Latin, which has a huge historical component.  As much as you learn the language, you also learn Roman history. Since then, I’ve been fascinated by the Roman Empire.  Today was one for the bucket list, for we visited two different buildings of Roman construction.

Up first, we visited the Arena of Nîmes.  To our disappointment, it was currently closed to the public for tours because the arena is still in active use by the local people. For the next four days, the arena will be home to bull fighting and rodeo events.  The bull fighting of this region is not the violent, deadly kind, but involves snatching ribbons from between the horns of the bull, and does not injure the animal. We’re talking about trying to get tickets and going back over to witness this. I couldn’t bear to watch a bull killed, but this form sounds entertaining!

The arena was a Roman amphitheater built in AD 70. It’s not every day you get to explore something this enormous and this old. I was speechless. I am constantly comparing the time scales here to the age of the United States. We think a hundred years is very old in the U.S., but here in France, they live beside construction built in the height of the Pax Romana! The sense of scale just boggles my poor Kansan mind.  I hope we do get to go back for a tour later, as I would love to see inside. It’s very impressive from the exterior!

After strolling around the Arena, we proceeded to the Maison Carrée, which is the facade of a temple built around 4-7 AD! Again, the preservation here is remarkable, and considered one of the best-preserved Roman temples in the world. I have wanted to lay my hands on a Roman column for nearly 25 years, and today I did this.  Sadly, I was not assaulted with the rush of memories from a past life as a Roman centurion, but them’s the breaks.

The interior of the temple is actually just a movie theater that shows a short movie about the history of the Roman Empire in the area, in French with English subtitles. It was entertaining and a nice break from all the walking around the city streets.  Nîmes was a little difficult to navigate because there were stalls and outdoor food tents set up everywhere as part of the festival associated with the bull-fighting, I assume. We attempted to find our way inside their historical museum, but it appeared to be closed due to construction, or perhaps in preparation for a Picasso exhibit that was supposed to open in a few days.

My temper grew short after all the walking around the museum trying to find an entrance, and I discovered that when I thought my phone had dropped a pin for the parking space of our vehicle, it had instead done so 20 miles outside of town.  Luckily, we were able to find our way back to the car, and despite some close quarters in the parking garage, we didn’t have nearly the same adventures in car travel this time. As much fun as it is to tell the story afterward, my anxiety is killing me every time we’re in the car, so I’m glad we didn’t get into any literal or figurative scrapes this time.

Attached below is a short gallery of some choice photos from the ruins in Nîmes.  Tomorrow, we’re going to go check out a segement of Roman aqueduct called the Pont du Gard! 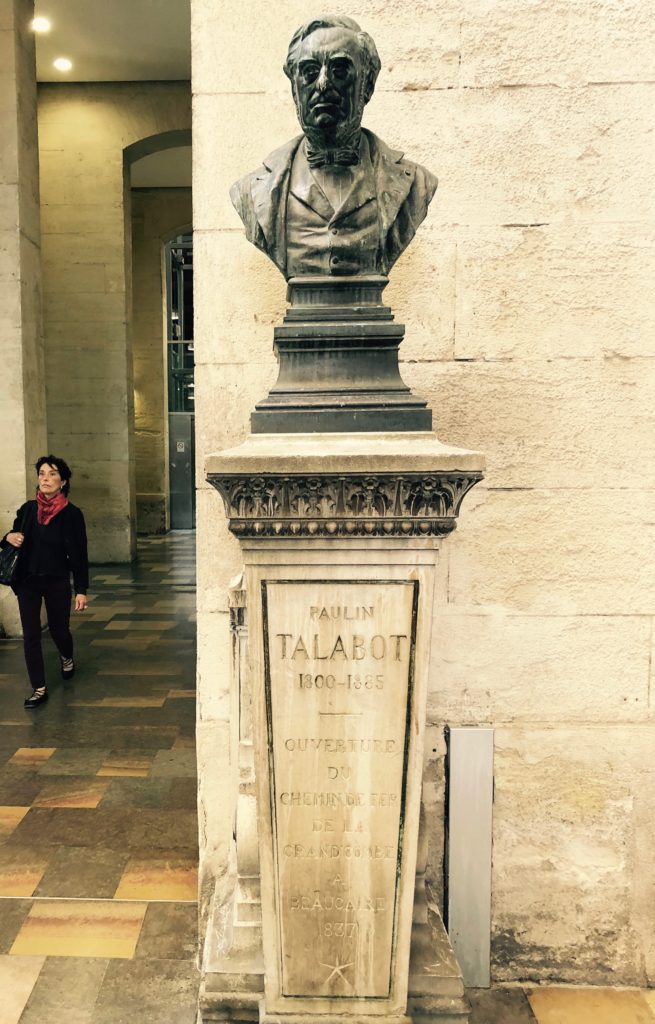 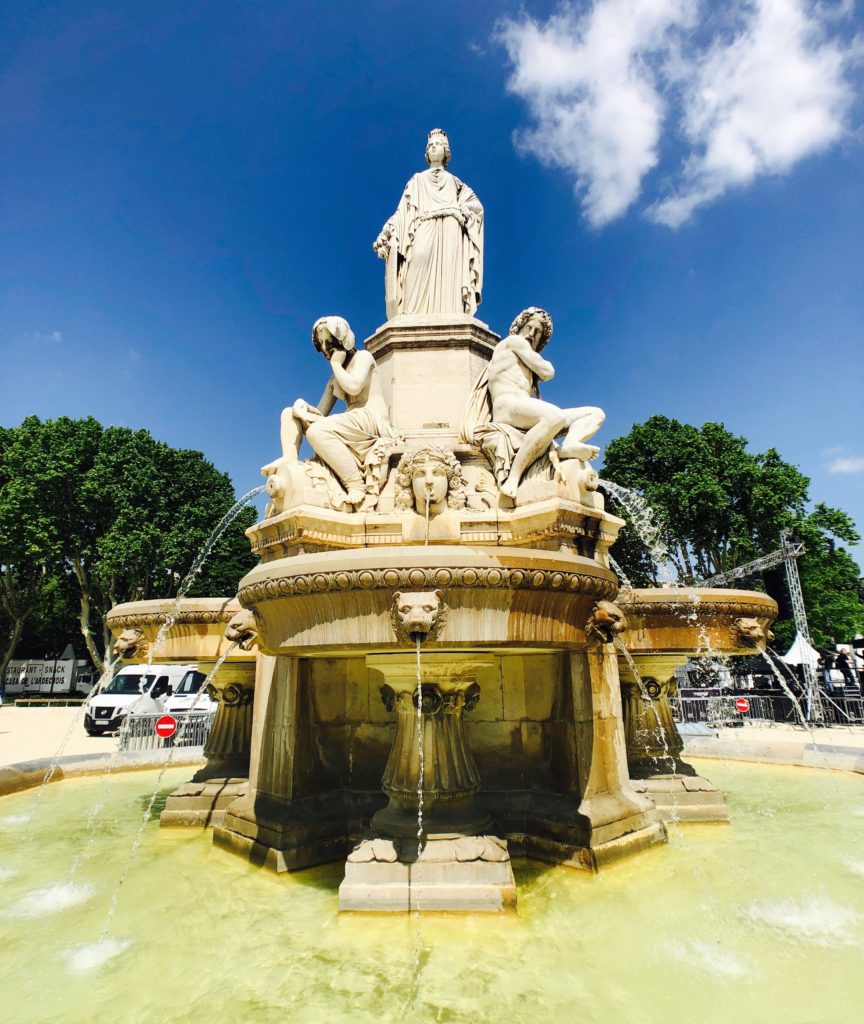 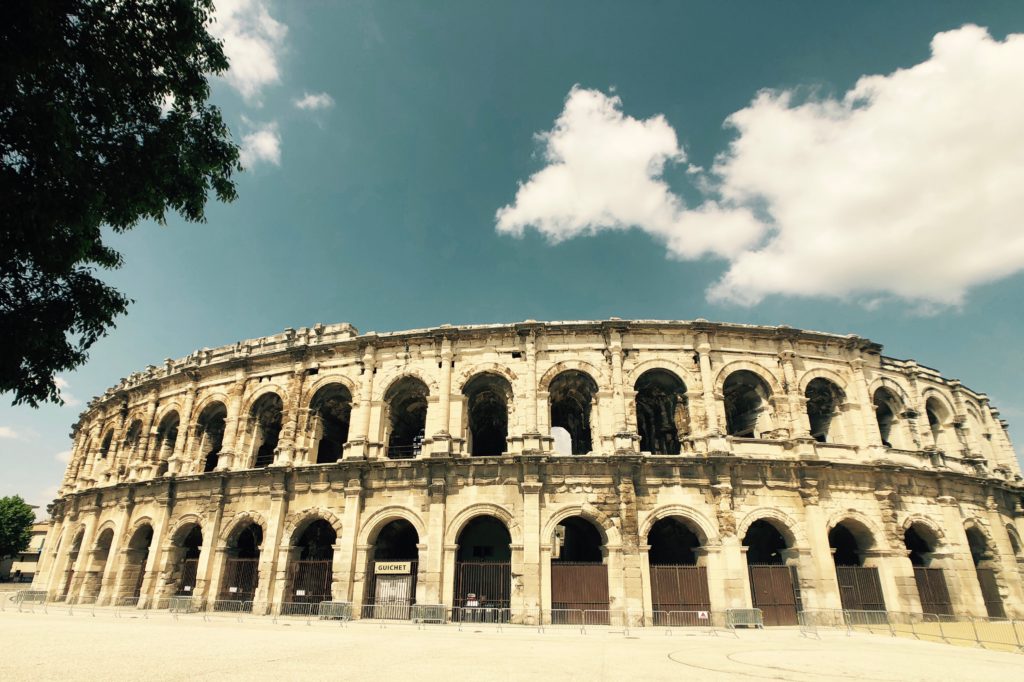 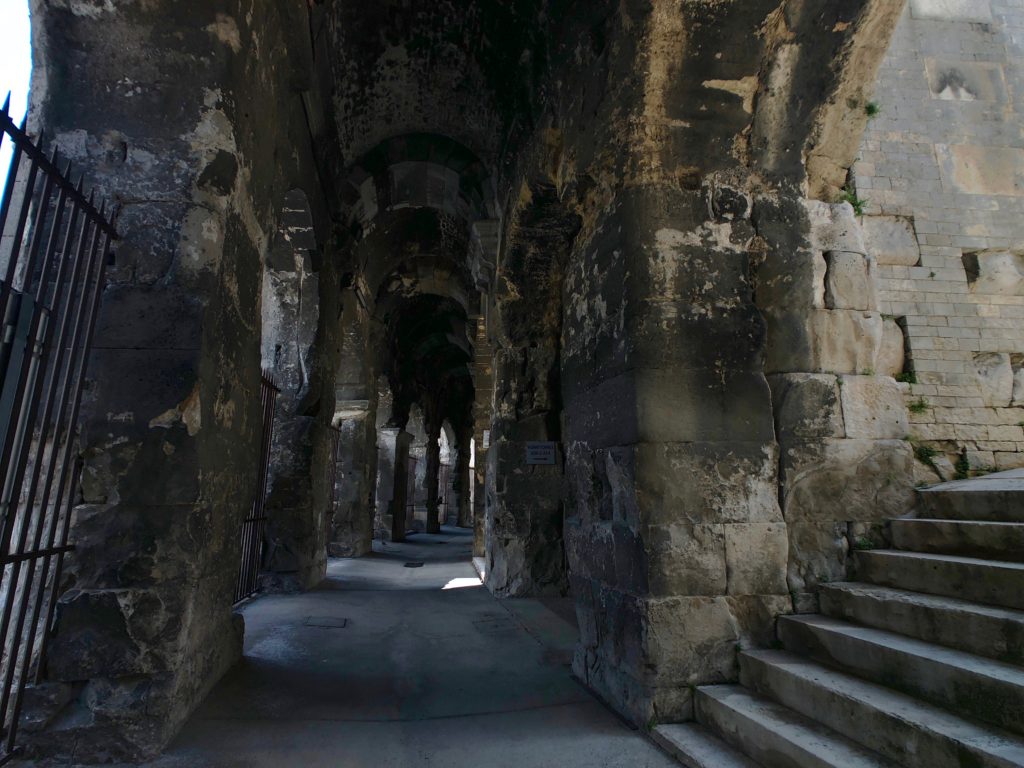 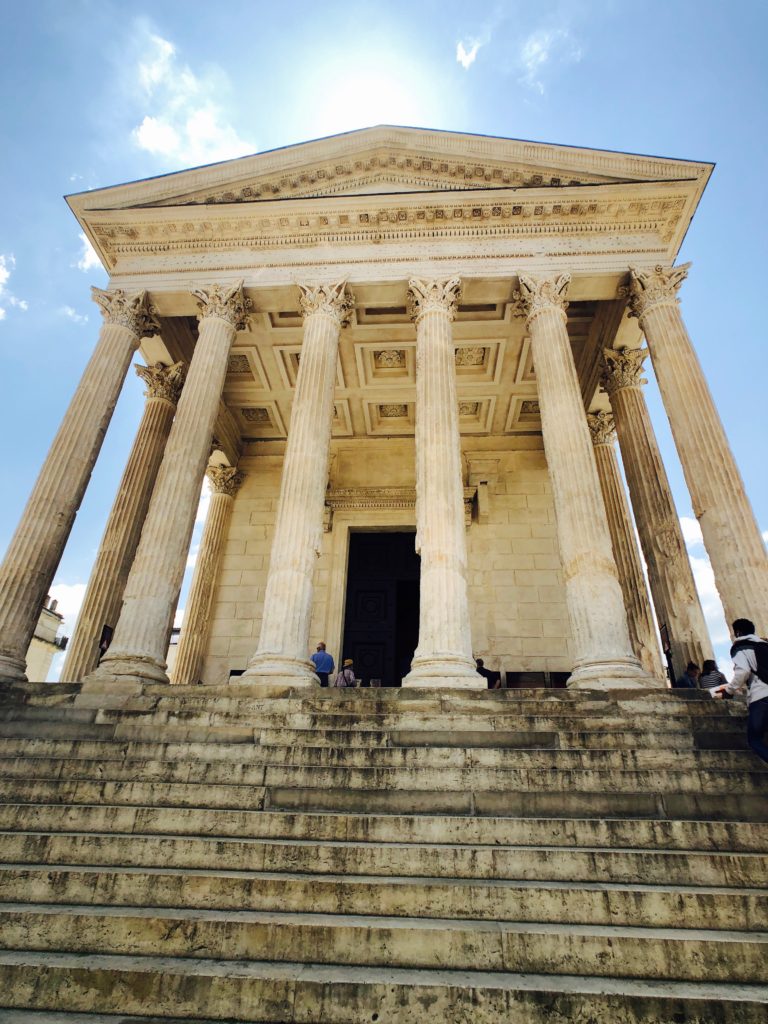 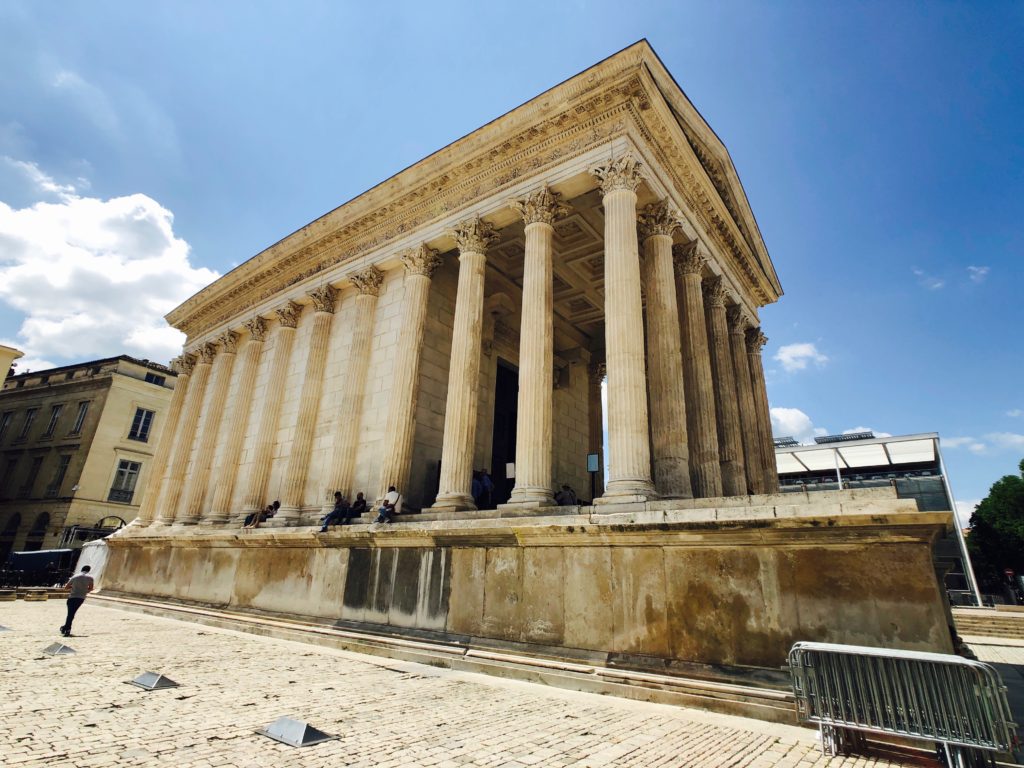 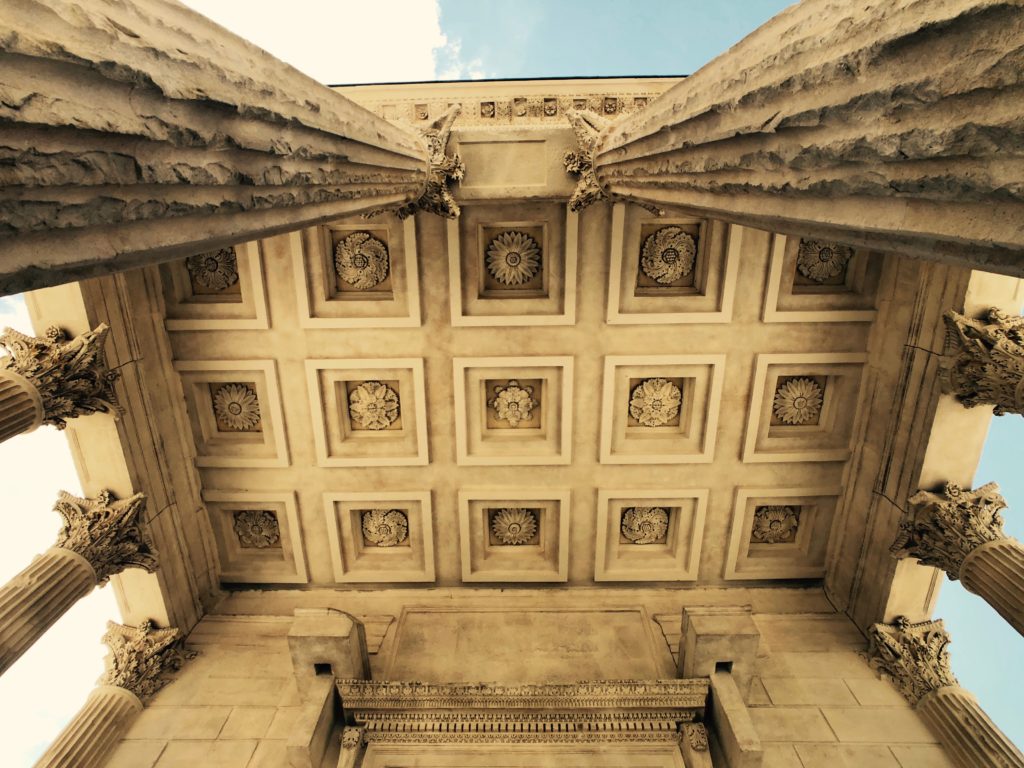 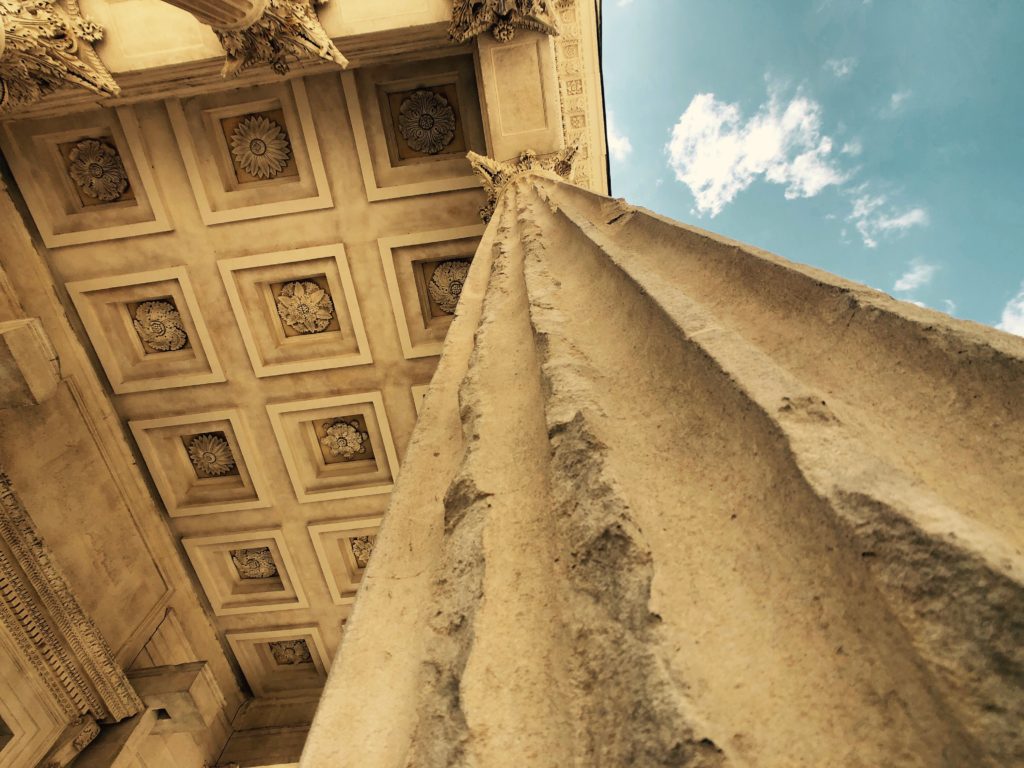 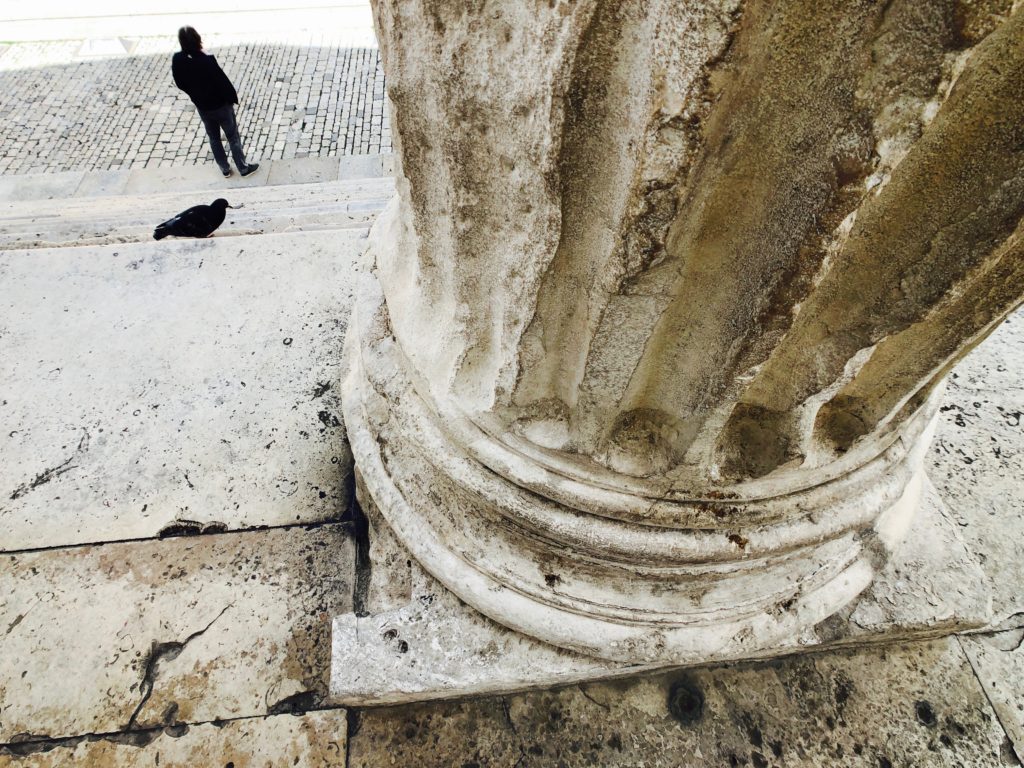 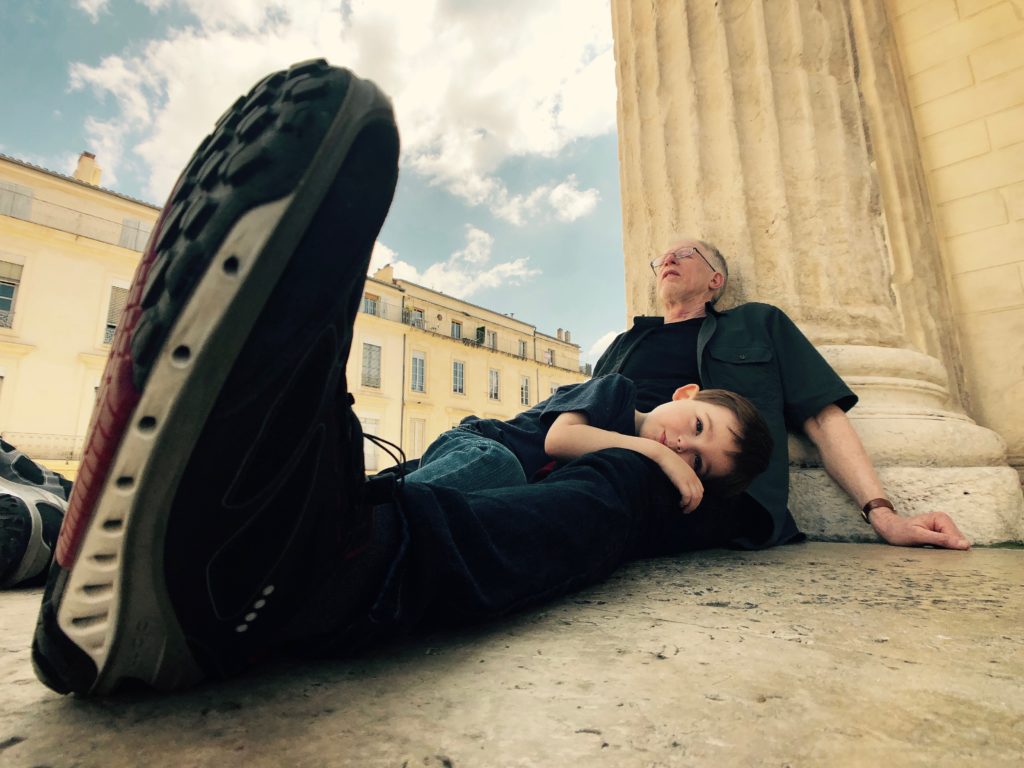 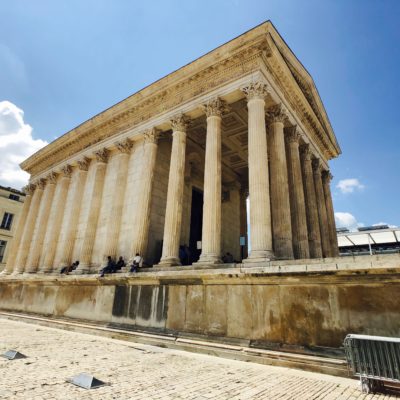