#RPGaDay 7: What was your most impactful RPG session?

These kinds of questions irk me.   I’m just contrarian like that.  So I’m going to come at this one a bit orthogonally.

For anyone to truly understand why most RPG sessions mattered,  they had to be there.  Gaming stories retold are often pretty boring to the listener.  They don’t make good audience material.  Half the spark that makes them so important and valuable is that they happened to you, you were there, man.  We can’t ever recapture that easily for a third party.

That doesn’t mean sessions don’t impact us.  I have so many great memories. Personally, the sessions that I remember the most over time are the ones that made me laugh.  A good group of players can wind each other up with their inside jokes and their running gags to the point where an external observer would assume everyone was high as hell.  Some of my best memories of tabletop gaming involve me laying on the floor, laughing so hard that I was crying.  Literally falling out of your chair laughing is one of the best experiences one can have in life.

The “first, we get a big rock” gag that old Argyle the Scottish-styled highlands troll ran with in an epic Earthdawn campaign comes to mind.  This character was a gold mine of hilarious jokes, as he had the lowest possible intelligence score in the game and player Corey knew exactly how to play that up (with horrible Shrek style accent for extra laughs).  Then there was the time my players in a campaign of Savage Worlds realized that they had accidentally been responsible for the conquering and subjugation of the entire planet Earth.  I could describe dozens more sessions that really mattered to me, that gave me great joy and sometimes even sadness.  Every time a great new character landed on the table, or a favorite one died in a shining moment of glory; I remember them all.  The problem is, I could never convey to you their real importance to me.  You had to be there.

The best thing about RPGs for me is that they’re engines for generating life-long memories.  Personal memories.  I know they can be spectator experiences too (not for me though), but in recounting them, something valuable is lost. That’s what makes them special, I think; the limited scope and ephemeral nature.  It’s so hard to box them up and commodify them (although countless Youtubers seems to be doing a decent job of trying).  Personally, I can’t stand watching other people role-play and roll dice.  I want to be in there, playing.  Nothing beats the real thing for me.

I can remember so many things about my games that I cannot remember about my actual day to day life from those time periods.  That’s not to say that I live my life indulging in pointless fantasies, but they’re real, emotional experiences with other people.  So much of my life as a modern adult is lived in isolation. I don’t have a lot of real world friends.  The ones I do have, I don’t actually see very often at all.  I see my wife and son regularly, but just living and working takes up the vast majority of our time.

The most impactful RPG session is the one I just had, and the next one, just around the corner, might de-throne that one.  For me, in aggregate, it’s impossible for me to convey the importance of all my games that I’ve ever played.  Each one, even the bad ones, served to make me feel a little more connected to other people, a little less isolated.  In a way, tabletop RPGs are the perfect antidote to the ailments of modern, isolated living.  We need more reasons to get together in person again.  We need each other more than ever before.

I would say that the resurgence of tabletop RPGs in the past few years points towards this being a widespread problem.  We could all do with a little more laughter around a real world table, and a little less laughter emoji on our phones. 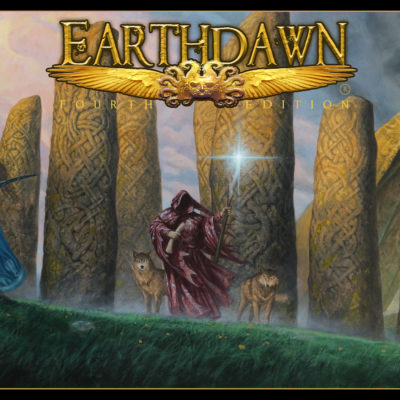