Posts Tagged ‘Im the ghost of bad prom dates past’

Searching the Past for Weapons Against One’s Self

This one is for all those who have found themselves laying in bed late at night, replaying failures and mishaps from their past on the flickering camera of their memory.

A friend of mine recently asked:

Is there a word for that feeling you get when you want to bash yourself in the face for something you did 25 years ago? … Well, it happens to me so often, it feels like there should be a word.

No, I said, I don’t know of one anyway.  Arrogantly, I decided, I would coin my own phrase.

I’ve experienced this many times. I imagine you have a few yourself. The moment I insulted my grandfather, telling him I didn’t need his help with the card game I was playing, and the immediate hurt on his face.  I’ve relived that one a hundred times.  Decisions in young love that went horribly awry.  Acts of selfishness that make me cringe so hard I want to turn myself inside out.  Some mistakes, it seems, are worth repeating over and over again.  It’s painful, but I wonder if it doesn’t happen for a reason.

These memories feel like ghosts to me.  They have no form or substance, but they return to remind us of the mistakes they represent, mistakes worth not repeating.  At least, it seems they return of a will of their own, but I think that is wrong, holistically speaking.  Perhaps it is us that cannot let go of them, and we summon them to inflict harm upon ourselves again and again as a way of helping us be the people we want to be, and not the people we were.

Eventually what came to me was: digging up the restless dead.

A little of this isn’t so bad. These memories and how they make us feel are a lesson to our present selves from the past to be better than we once were.  If we forget our mistakes entirely, if we never seek out the wisdom of our dead, then we do not learn from them.

But their usefulness must come to an end eventually. One day we put down the shovel and move on for each regret-filled memory. At least I hope so.

I worry that those of us who don’t learn with time to let go, those who find themselves becoming hostage to their regrets, will become weighed down, one phantom at a time, until they sink into the netherworld. What remains is a kind of living ghost, a body possessed by the collection of woeful spirits of their own making. A life with too much emphasis on our regrets is an overburdened one.  Just as we dig up the restless dead, we must bury them again, reseal them in their clattering tombs, and return only on those gloom-filled nights when we truly need their counsel. 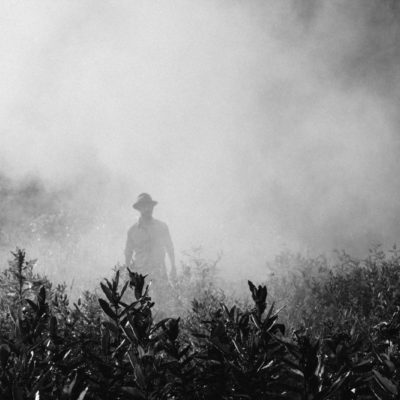