It’s a new year! Time to bring back blogging.

Do you remember what the internet was like before Facebook and Twitter ruined changed it? I’ve been thinking a lot about it; I’ve distilled my thoughts into the following generalizations:

This is not exhaustive. There are definitely ways in which social media is superior to blogging (immediacy is good sometimes). You won’t see me abandoning my social media platforms despite the incessant bitching about them I’ve been known to engage in. They have their uses! But blogging has its uses too. I want to reconnect with my own ideas and my own words in my own space. I want to slow down. This is where I think I can do that best.

In 2020, I expect to blog often professionally and personally. I have some general ideas about how often that will be, but I don’t want to set up myself up for public failure. “Often” is all I will say. As always, feel free to comment below with your own thoughts. Happy New Year!

May we all get the change we deserve.

If I were to describe my Facebook habits to pre-Facebook me, he would be intrigued and more than a little horrified.  I suppose this makes me a bit of a Luddite these days, to question the value of something that has become so omnipresent, but I have serious beefs with the role that social media has started to take in my life.  I’ve spent over a month tinkering with things, trying new filters, and ultimately I’ve decided that Facebook has to go.

First– I’m not here to convince you to quit Facebook.  If you’re getting more out of it than you put in, and you’re happy with the volume of energy that you’re dedicating to the platform, then please don’t let me change that.  However, if you suspect that Facebook might be bad for your mental health or eating too much time, then perhaps read on and see what I have to say here.

Facebook, when it comes down to it, is too easy.  Prior to this week, I had it on my phone, my iPad, my work computer, and my writing laptop.  Whenever I was using any of these devices, my awareness that Facebook exists was there in my head. There is an endless stream of links, opinions, and general “water cooler talk” available over on the platform, merely a touch or click away.  You want to see aww-cute animals?  Facebook’s got it.  You want to feel outrage? Oh boy, do they have that too.  Do you want to feel soul-crushing jealousy at acquaintances living far more exciting lives than you?  Yep.  Facebook has you covered.

It’s not all bad.  It can make you feel more connected. It helps us keep informed on the lives of people that we would probably not stay in touch with as well without it. It definitely plays a role in informing people and sharing knowledge.  But as a “social” tool, I think its flawed, at least for me.  “Wow,” sometimes I would think. “I have so many amazing and cool friends all over the world.”  But I really examined this, and I realized that I didn’t really know how most of these people felt about me.  I don’t talk one-on-one with most of them, and I don’t really have a relationship to them. I have a relationship to a platform that mediates all of my interactions with those people.  Facebook chooses what you see, and no amount of tinkering can strip away that algorithm, I found.

It got to the point where I would be around friends in the actual physical world but I would spend part of our time together reading social media.  We’ve all been at meals where everyone stares at their phones, and this is the great damage that Facebok has done to me.  Because of that endless scroll, you almost feel obligated to keep up.  Afraid that you might miss something that will deliver a good little dopamine hit in any of those categories above.  I don’t want to make any weak drug analogies, but I definitely began to use Facebook in an addictive way. Wake up, check Facebook.  Check Facebook all day.  Read Facebook one more time in bed.  Repeat.  And the longer I went without checking it, the more uncomfortable I felt.  I was missing out! The world was moving without me if I wasn’t there, reading and reacting.

Being wired in to the action helps paper over feelings that my own life isn’t going places as much as I would like.  As a Dad, I get out and interact with the real world a lot less often than before, and working from home all day doesn’t help. Ultimately, instead of easing feelings of loneliness, Facebook seemed to be exacerbating them.  Or, to be more accurate, the way I was using it was.

I want deeper, more personal connections in my life.  I don’t need a large number of them, but I also don’t want a third party involved in those connections, shaping them in invisible ways.  I want to get to know you, not the you that you project to the public on Facebook. What I’ve come to realize is, my truest friends are the ones that I communicate with regularly outside the mediation of social media.  The rest just began to feel artificial, a cheap facade, and I was spending ever-increasing amounts of time on wishing it to be more solid than it was.  Far too much time.

It has not been uncommon for me to spend three hours a day reading social media and responding to it.  That’s time that could be better spent playing with my kid, reading, or writing. And reading, that’s really what has suffered.  I used to read endlessly, but it began to feel like a chore in comparison to the easy quick fixes of social media.  I read most often on my iPad, and there was always that siren call of “what’s going on in the world? What am I missing while I’m reading this book?”

My habits around social media developed with no thought to the consequences–no thought about the opportunity costs.  For every activity you devote time toward, there are dozens more that you don’t. That’s opportunity cost, and I’m not comfortable with them right now, especially not comfortable making them without careful consideration. I don’t like it when habits form unintentionally.

So here I am, trying to break the habits and form new ones. It’s not made easier by the fact that I’m unable to delete my profile due to some developer apps I have set up for clients. I’m allowing myself to continue to use messenger because that’s one-on-one interaction that I want to foster. This means that I do open Facebook still.  And if I’m not careful, I start scrolling and clicking reaction buttons like I never quit. (This explains why you may have seen likes appear and disappear from me lately.  Quitting is a process.)

One immediate impact from trying to remove Facebook from my life has been an increase in blogging.  Remember blogging? That think we all did before Facebook and Twitter came along to chop up our thoughts into even tinier increments?  Even that seems like it was a fad, as everyone makes 20+ long tweet threads that are a pain in the ass to read on a micro-blogging platform.  Even I do it, for the simple reason that probably 12 people read this blog, but several hundred (at a minimum) see my tweets.  There’s always that dopamine hit of people liking and retweeting.

I like blogging, too–I like taking more space and time to think and share my thoughts. Most importantly, this is a choice I’m making.  Less Facebook.  More books.  More blogging.  Deliberate choices instead of accidental habits is the theme of my life right now as I attempt to develop a much healthier lifestyle.  I’m choosing what I eat more carefully, and carving out at least 30 minutes a day for exercise.

I want my head space back. I want to spend my time in the real world, being more intimate with it and the people that matter most. I want to live in the now and in my immediate space. I want to get to know my own thoughts better.  Doing so can only make me a better writer, and hopefully a better person.

So that’s why I’m quitting Facebook and why I’m limiting how much time I spend reading on Twitter.  It’s possible that one day I’ll let myself use the service for a few minutes every few days to keep up better with extended social circles (I do care about you all, honest). If you think of me as a close friend, or would like me to become one, I hope you’ll get in touch with me via email or text or phone–any direct method of communication is alright by me. I’ll be reaching out to some of you myself as time allows. If all goes well, I should have more of it on my hands very soon. 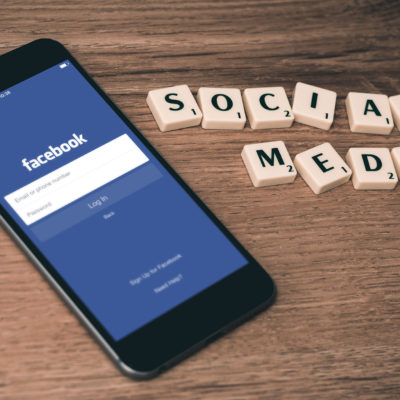