I cannot recall having read any Shirley Jackson stories (something I am resolving to rectify now) but this essay found on the New Yorker gives a glimpse into her mind in a way that makes her entirely sympathetic and relatable.

It explores how our experiences provide fuel for writing, and how memory works for writers–how it is a kind of multi-faceted resource we draw upon.

The whole thing is easily readable, and I’m struggling now to not quote it in its entirety, but here’s one part that resonates for me:

That is one half of writing, of course. The lower depths, as it were. The other half is what I might delicately call information. Henry James got the idea for The Spoils of Poynton from a single remark heard at dinner, but he also had to find out somehow what lovely possessions looked and felt and smelled like, the tapestries splendidly toned by time, the thrilling touch of the old velvet brocade.

You can read the essay on the New Yorker website. It’s the first in a three-part series. Found via a retweet of Glen Mazarra by Livia Llewellyn 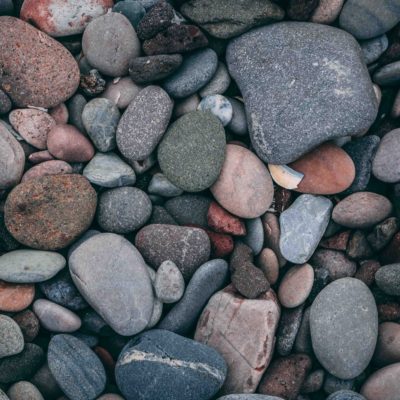 I’m still on vacation, but I’ve chosen to live mostly in the moment and have not been keeping to any kind of blog update schedule. Much of what I’ve been doing is lounging, reading, and doing a little work on Clockpunk business stuff.  We’ve had a few interesting day trips to places like Avignon, but the experiences, while deeply fascinating to me, don’t seem like the kind of thing anybody else would want to read.  I’ll probably do more photo dumps in the future, but the only place anybody engages with any of this stuff is Facebook.  God, how I hate Facebook for that.

I’m actually nearing the point where I don’t really care if anyone reads this blog, and in fact, I suspect that the fewer people read this post in particular, the better, because this is going to be me digging  into the reason I haven’t been able to finish a short story since something like February of 2017.  If you don’t care to read a bunch of random thoughts as to why, then jog on, dear reader. No worries.

So, yeah. Just when my fiction career seemed to be getting back on track, it all came crashing down on me. After finishing and selling my first real novella, I expected I’d take a short break before diving into more short fiction or maybe a novel. And then Trump took office, and Congress began a dedicated assault on our healthcare, which I purchase through the ACA exchange.  My entire way of life felt under assault for the first half of 2017. I lived in a constant state of high anxiety and depression.  I started seeing a therapist for the first time in almost ten years, because the kinds of thoughts I began to wrestle with scared me.  I started to wonder, on a regular basis, if it would just be better to die than to live with all the stress that I was putting up with. I began to obsess over money, and worked harder than I have ever worked before, having a record year, but certain, in an oddly delusional way, that I was going broke.  It got really, really bad, and while I didn’t attempt suicide, I found myself thinking about it. A lot.  And I was just self-aware enough to know that I had to do something about it. So, I went on some meds again and started up therapy.

I don’t think I really started to level out until early this year. I expected that once I had my mental health issues under control better, the writing would come back. It hasn’t, and while the anxiety is more manageable these days, it’s still present and still higher than it was in, say, 2015.  I still feel a higher state of vigilance. I still find myself, at times, seeking out bad news to validate my inherently negative world view. I still spend too much of my free time examining the increasingly plausible doomsday scenarios about how the United States will either destroy the world in nuclear fire, launch a global economic depression, or merely turn into a fascist dictatorship and start rounding up and gassing people of color.   How can I write science fiction when every day I feel like I’m living in a ever-worsening dystopia?

There’s some of that at play. Some of it is that work has kept me increasingly busy, combined with parenting and such, so I don’t find myself with as much free time as I once had.  But I still find time to try, and what seems to be completely lacking is any sense of excitement or driving will power to finish.

I’ve started a dozen or so stories since the block began, but I don’t think I’ve gotten more than 1200 words into any of them.  I write for a single session, and then all the excitement is gone. I don’t feel any motivating force to take it up again and begin to do the real work of structuring a story, figuring out a plot, or sketching out characters.  When I think about all the things even a basic short story must accomplish to be satisfactory, I feel overwhelmed, and the task seems impossible.  Yet it’s something that I’ve done a few dozen times at least partially successfully.

Some writers, upon being told about my problems, suggest that I’m simply growing as a writer and when I am able to write again, I’ll have “leveled up” to write new, deeper stuff.  Others seem to shy away from discussing it like I’m some kind of linguistic leper.  A lot of people have meat-and-potatoes suggestions for ways to try to tackle it, and many of them, I’ve tried, but to little effect.

Around the same time that I started feeling blocked, I was also making a conscious decision to give up on my dream of ever growing into a full time writing career.  My family relies on me exclusively to generate income to provide for us, and writing is a notoriously income-poor profession.  The simple math dictates that writing is at best a slightly lucrative hobby for me, and the chances of me replacing my web design income with writing income, even over time, is about the same chances of me winning a moderately sized lottery.

I resigned myself to finding other reasons to write, but truthfully, all the other reasons pale, at least motivationally, to writing for coin. Money is the great motivator for me.  Realizing that no matter how good I get as a writer, no matter how much I do of it, I’ll probably never earn anything close to enough to replace my substantial web freelancer work required to pay our bills, that seems to have broken something inside me.  I always knew it was really risky to ever think that, but somehow I kept at it with the dream that I could defy the odds.  But as I turned 40, I realized I am not the kind of person who ever really defies the odds. I don’t have any breathtaking talent at what I do.  I’m the author you find in the middle of an anthology who mostly delivers a competent and interesting tale that you don’t remember a few months later. And I’m okay with that, I guess. At least, I thought I was, but maybe accepting who I am and the realities of my situation sucked all the motivation out of things for me.

It’s probably some kind of perfect storm of awfulness, these past couple of years.  I should be patient with myself, or learn to live with my new state as a non-writer.  But some part of me desperately wants to keep doing it. I’ve invested twenty years of my adult life into trying to be a writer, and it seems like a waste to actually go and give up now.  Especially when I’m starting to see some measure of success in selling my work, and heck, one of my stories is a finalist for the Shirley Jackson Award for best novella, so it’s not like I’m not seeing any acclaim.

So what gives? Am I a psychological casualty?  An economic one? Does it really matter? Fuck yes, it matters. I want to know what makes me tick.  That’s a big part of the reason I write, when you take money out of the equation.  Writing helps me understand myself better.

Once upon a time, I didn’t even believe writer’s block like this existed.  What a fool I was.  Here I am, fifteen months since a completed story, frustrated and wondering: if I’m not going to keep writing, then what the hell am I even going to do with myself?  What now?  I’ll keep trying for a while still, but it’s hard to be optimistic about it.  Twenty years, and I’m not sure I’ve ever had this much difficulty putting down words — any words.   Blog posts roll off the finger tips, but those don’t matter in the scheme of things.  So maybe that’s the problem?  Maybe I’ve put too much importance in my “serious” fiction work.  Maybe I just need to write some deliberately awful garbage, or fan fiction I couldn’t possibly sell?  That seems even more pointless though, especially because it’d be trying to make pointlessness the whole purpose of the work.

I don’t know. I just don’t have any idea what the problem is.  If you think you do, let me know.  I’ll try just about anything now to get through this patch. 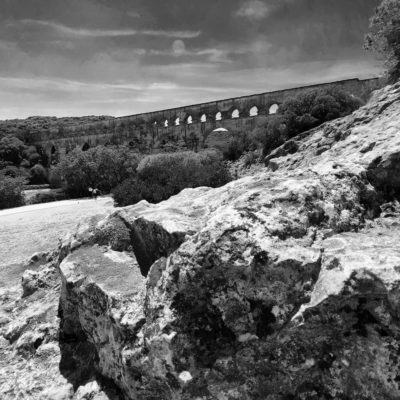